Australian Rum faired well this year too, with Vok Beverages receiving Best Rum for their Beenleigh Dark Rum 5YO and seven other products were awarded silver medals.

The food and wine matching competition continues to attract a large number of wines and the quality this year was very high. 27% more gold medals were awarded compared to last year in a category which continues to challenge the status quo of which wines are best suited to traditional Asian dishes. This year a sparkling red, Barokes Bubbly Cabernet Shiraz NV, won the trophy for Best Wine With Peking Duck.

Debra Meiburg MW, HKIWSC Director, commented on the results:
“It was fantastic to see more countries participating than ever before, with products entered from over 35 countries. The judges were impressed with the quality of products submitted and especially delighted to see the addition of the Sake category this year. The Trophy winner, Kowa Inc with their Futaributai Junmai Daiginjo, I know will be delighted.”

Countries participating this year included: the Czech Republic, Georgia, Macedonia, Japan and India. For the October judging, judges from all over Asia, flew in to Hong Kong to blind taste the wines and spirits submitted. Joining some of Asia’s top industry figures were the International Guest Judges: Susana Balbo, President of Wines of Argentina, and Ian Millar, Global Brand Ambassador for William Grant and Sons Ltd.

Alongside the now traditional wine, spirit, and food and wine judging, 2014 saw the introduction of a new panel of “kikisake-shis”, sake sommeliers, educators and retailers reflecting the interest in, and strength of, sake in Hong Kong. The panel was headed up by Antony Moss MW, Research and Development Director of the Wine and Spirit Education Trust and a renowned sake expert.

Allen Gibbons, IWSC group chief executive officer and HKIWSC director commented:
“The HKIWSC continues to go from strength to strength as Asia’s leading wine and spirit competition. This year we are particularly excited about our new partnership with Drinks Business Hong Kong who has created a fantastic supplement showcasing this year’s competition and its winners. The competition is judged by some of Asia’s most influential industry professionals whose decisions create a guide for Asia to the world’s finest wines and spirits.”

Now celebrating its sixth year, HKIWSC remains the original and most well-respected wine and spirit competition in Asia. Founded by the IWSC Group, Debra Meiburg MW and Simon Tam, the competition is regarded as the Asian guide to the world’s finest wine and spirits. With its panel of Asian judges, the HKIWSC ensures that, not only are the best wines selected from all across the globe, but that they are suited to Asian taste preferences too.

For a full list of results, please go to www.hkiwsc.com/searchwine2014/wine 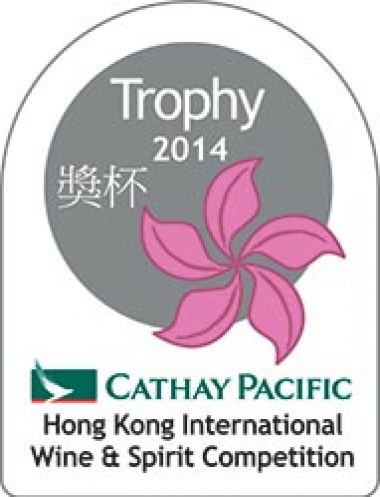