Food and Wine Pairing Results Released, with Gold’s Doubling Since 2012

Ahead of the full results and trophy release at the HKTDC Hong Kong International Wine & Spirits Fair on 7th November, 2013, the results of the Trophies for Wine Paired with Asian Dishes have been announced. Since the enjoyment of food plays such an important role in the Asian way of life, the Cathay Pacific HKIWSC is designed to help consumers enhance their everyday dining experience with perfectly matched wines. The competition selected ten regional dishes, making the competition truly ‘Asia’s Choice, Asia’s Voice’.

The quality was deemed outstanding this year by judges in the food and wine matching categories, with a noticeable increase in medals year-on-year. Gold medals doubled, with 15 compared to last year’s 7. Five gold medals were awarded to wines paired with Peking Duck, 2 Gold’s each for Dim Sum and Braised Abalone, while Yakitori Grilled Chicken and Beef Teppanyaki Gold medals were awarded to 3 wines respectively. The number of Silver medals tripled from 35 to 118.

This year’s trophy winners represent the best pairing with Asian dishes. Australia’s Jacob’s Creek were the stars of the show, with the blind tasting resulting in three of their wines achieving trophies. Jacob’s Creek Steingarten Riesling 2012 was crowned the best pairing with Sashimi, while their Sparkling Moscato Rosé NV paired with Kung Pao Chicken, and the Winemakers Selection Shiraz Cabernet 2011 won the Paired with Chicken Tikka Trophy.

Commenting on the wine, Debra Meiburg MW, director and founder of the Competition said: “How exciting to see these trophy wins. The results prove that under blind-tasting conditions, wines at a diverse range of price points will pair well with these popular dishes, making wine an affordable addition to the Asian dining table.”

Austria proved their strength in this year’s competition, with Hafner Family Estates Hafner Blaufrankisch 2012 judged the best pairing with Peking Duck. Judges commented that it was “an elegant wine with good acidity and structure”, and “full of fruit acidity which stands up well to the sweet dark meaty flavors of the duck”.

“It’s wonderful to see this less well-known grape variety gain the attention it deserves and from a country where its red wines are often overlooked in the clamour for its white wines.  What an interesting and fresh take on Peking Duck.  Asian experts are stepping out of the box on this lively selection!” Meiburg commented.

Interestingly, it was a Thai wine that the judges decided was the best match with Pad Thai. Siam Winery Tradings’ Monsoon Valley White Shiraz 2012 received the Paired with Pad Thai Trophy, it was noted that “the freshness of the wine lifts the Pad Thai, whilst the fruit flavours subtly intertwine with the warmth of the dish adding bursts of fruit alongside.” The Tempura Shrimp Trophy went to Italian Guido Marsella Fiano di Avellino 2010.

“A long-held adage in the wine world is that local wines pair best with local cuisine and this win certainly endorses this view,” Meiburg continued.

New Zealand also did well, picking up two of the ten food and wine trophies. The Ned Pinot Gris 2013 was noted by judges as having a “round palate supported by white fruits, peaches and apricots” and that it was “extremely well balanced with all different types of dim sum”, leading it to win the Dim Sum trophy. The King’s Bastard Chardonnay 2012 was awarded the trophy for Paired with Braised Abalone. Judges noted it was “A surprising match. The Chardonnay is replete with forward ripe fruit flavours complementing the richness of the abalone and the savoury sauce. The crisp acidity refreshes the palate and helps cut through the richness of the dish.”

The HKIWSC had a diverse range of entries from Thailand to Turkey. Australia had outstanding success following on from their stellar 2012 performance. Not only did entries increase by nearly 19%, from 544 to 647, but the country also clinched half of the food and wine matching trophies.

Austria found success in this year’s competition, with a 100% medal success rate. From the Old World, France shone through, performing well in both wine and spirits. India also impressed the judges, with all products entries receiving a medal, the Asian country performed particularly well in the food and wine pairing. Also excelling in food and wine pairing was Thailand, with all entries receiving a medal in this category. USA received astounding scores from the judges.

“Austrian wines have long been an insiders’ secret in the wine world.  With these wins, the secret is now out in Asia!” Meiburg concluded.

The full results will be announced at the HKTDC Hong Kong International Wine & Spirits Fair on 7th November, 2013. 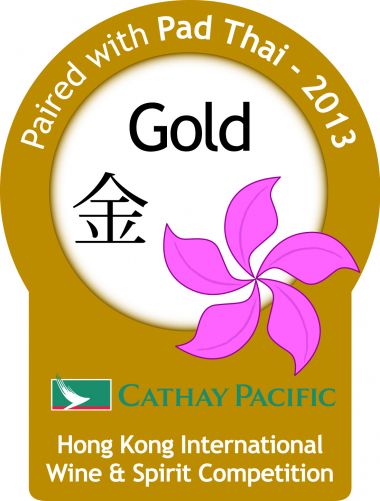