And one of the central highlights at the three-day event was the Fourth Cathay Pacific Hong Kong International Wine and Spirit Competition (HKIWSC) Awards presentation ceremony, which recognised some of the best contributors to the region's burgeoning alcoholic drinks market with  medals awarded in a number of food matching categories.

The first truly Asian wine competition in the world, it is held in association with the long-running London-based IWSC, and aims to provide consumers with the ultimate guide to purchasing wines from around the world based on Asian tastes and cultural preferences, providing a large amount of prestige to wine makers. In the Wine with Asian Dishes category, individual wines were matched and rated based on how well they worked with the region’s signature Asian dishes, including Peking Duck, Cantonese Dim Sum, Kung Pao Chicken, Braised Abalone, Chicken Tikka, Pad Thai, Tempura Shrimp, Sashimi, Beef Tepan Yaki and Yakitori-grilled Chicken.

Among the gold-ribbon winners for food and wine pairings were Marisco's The Ned Pinot Gris 2012 from New Zealand in the Dim Sum class; Australia's Pegeric Pinot Noir 2007 in the Peking Duck class; Silver Mountain Vineyards' Tondre Pinot Noir 2008 from Australia, which was praised for its compatibility with Braised Abalone; and Japan's Chateau Mercian, whose Sparkling Katsunuma no Awa 2011 won in the Yakitori-grilled Chicken class.

The fifth edition of the fair, saw more than 930 exhibitors set up shop from more than 30 countries around the globe, attracting thousands of visitors. The first two-days were for trade only, but on day three, members of the public were able to get involved and learn more about the industry, while also refining their palates. The range of exhibitors taking part in the event really highlights the esteem in which it is now held. While the traditional giants of France and Italy boasted the largest pavilions, there were representatives from throughout the wine world, including newcomers Russia and Azerbaijan.

All the usual features were present and accounted for, including wine tasting features, master classes and seminars from all manner of experts, highlighting spirits, beers and other alcoholic beverages as well as wine. In fact, there were more than 50 events in total, including the HK IWSC awards ceremony.

Future of the Global Wine Industry

The focus of the fair was the future of the global wine industry, with a particular emphasis on the trends and opportunities open to winemakers. Topics covered include ways of strengthening Hong Kong's position as the region's wine hub, China's wine production and consumption trends, and the growing wine culture in Asia. One US winemaker explained that they are looking in the near future to start importing their wines not just into Hong Kong, but also into greater China.

He added that one of the great things about the show was that it gave them the opportunity to taste a range of Chinese wines, which are quite different to typical western varieties. "I expect that the Chinese would be interested in the red wine for a chance to try something other than the Chinese wine," he added, projecting strong demand for international red wines from the world's second largest economy in the coming years. 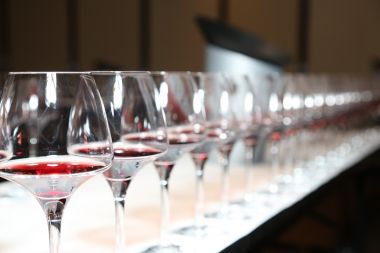