Imported wines to make up half of Chinese market, expert says

That is because domestic wines are facing increasing opposition from European and South American producers, the China Daily reports. Imported wines account for around a quarter of all wines on the Chinese market, with those shipped from France, Spain, Chile, Australia and Italy making up 82 per cent of the total, research from Haiguan.info shows.

Analyst for Rising Securities Zhang Zhiang told the news provider that domestic labels face challenges from overseas producers in the areas of distribution and price. He estimated that foreign wines would make up half of the Chinese market "eventually", although consumers in the region currently remain in the dark on imported wines.

The rise in popularity of foreign wines is set to trouble domestic producers, however, particularly as the economy has suffered weakened growth in 2012. Gross domestic product (GDP) in China expanded 7.6 per cent year-on-year in the second quarter, below the average growth rate of 9.3 per cent. Similarly, quarter-on-quarter growth remained flat in the second quarter at just 1.8 per cent, down from an average of more than two per cent.

Still, China is renowned for its high-end consumers who seek out luxury goods, shedding some promise that demand for foreign fine wines might occur.Investment manager at the Wine Investment Fund Chris Smith argued that where one market closes to growth, another one opens.

"Demand for wine is worldwide, what you tend to see is if the whole economy is struggling in Europe, you have got another economy somewhere else which is booming," he said. "So the demand for one area picks up the slack in another area. You can see prices being relatively stable over time."

This logic can be applied to the Chinese market, where wine imports increased 65 per cent between 2006 and 2010, rising from 114 million litres to 230 million litres.

According to Mr Zhiang, foreign wines tended to make up the high-end of the market but the economic slowdown has driven prices down, making the wines more affordable for average consumers.

A report from China Merchants Securities suggested Chinese wine imports have increased by 50 per cent annually in recent years, the China Daily reveals. Foreign producers might take advantage of a current domestic concern regarding quality by promoting the value of overseas wines. Secretary general of the wine arm of the China Alcoholic Drinks Association Wang Zuming echoed the sentiments of Mr Zhiang. He told the news provider that rivalry between domestic and imported labels has "never been so intense".

Figures from Haiguan.info show a 12 per cent year-on-year increase in imported wines in the first half of 2012, with 200 million litres arriving from overseas. That is in contrast to the seven per cent year-on-year rise domestic producers enjoyed, illustrating a shift in consumer preferences. Fine wine producers would be best advised to aim their products at China's wealthiest citizens.

Mr Smith said: "Fine wine is a luxury good like branded handbags or something, which is demanded by the wealthiest in the population." 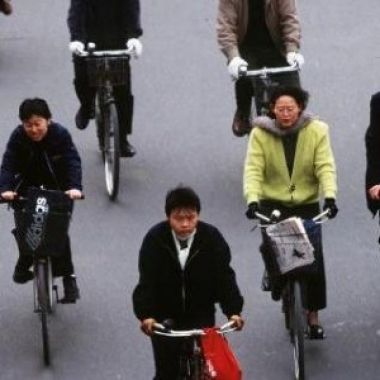