Szabolcs Menesi, as the Hotel Sommelier of Island Shangri-La, Hong Kong, is in charge of the hotel’s cellar collection of over 1,700 references and more than 20,000 bottles of wines. While continuously enhancing the wine list alongside Master Sommelier Yohann Jousselin, Szabolcs is also responsible for the hotel staff’s comprehensive training on wine knowledge to elevate its high standards of wine tasting and dining experience.

Szabolcs has been working in the wine and restaurant industry for the last 11 years. The Hungarian native started his career as a Sales Manager and Sommelier at the House of French Wines in Budapest. He expanded his career by moving to the United Kingdom and took up the role of Head Sommelier at Hotel du Vin and Bistro at Brighton. Szabolcs was later appointed the Assistant Head Sommelier at the Maze by Gordon Ramsay in Mayfair, London where he also completed the WSET Diploma in 2014. Prior to joining Restaurant Petrus in 2017, he was the Head Sommelier at Shangri-La Hotel, At The Shard, London. 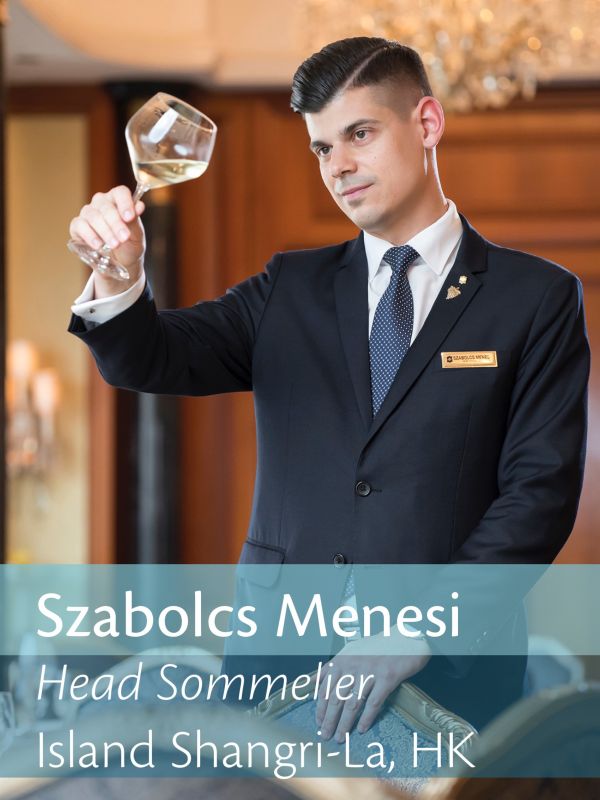